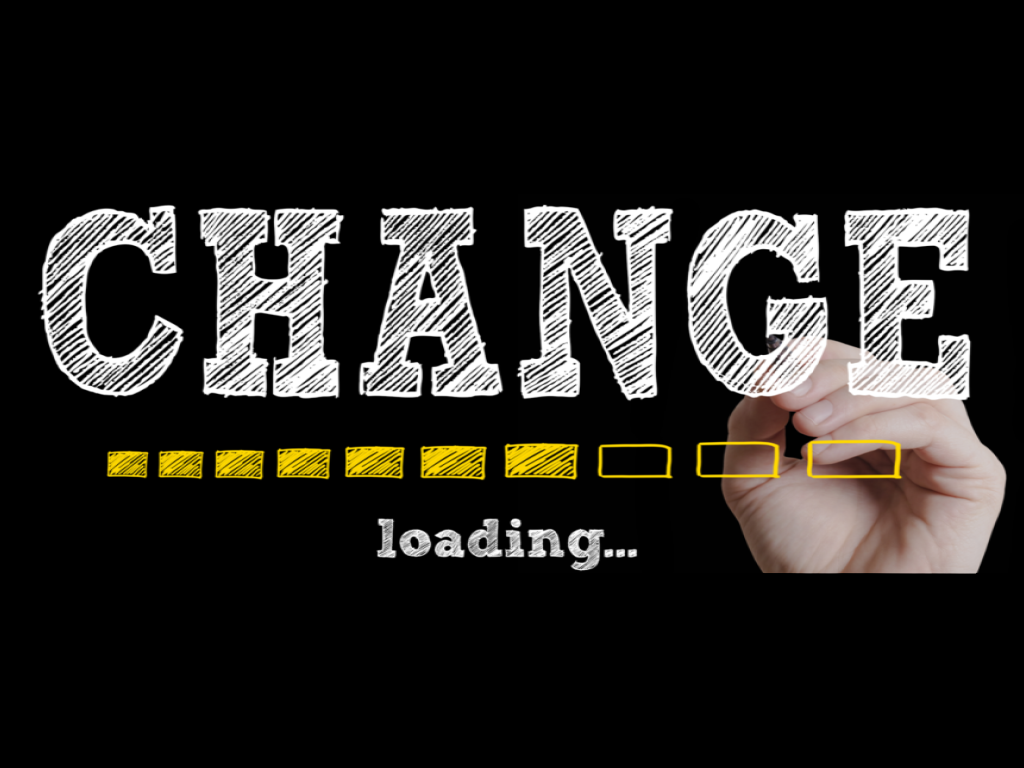 We’ve heard it time after time: Culture change is slow. But why? Why is culture change so slow?? Understanding this is of critical importance in our work at We Are Change Enthusiasts LLC given the work is centered on instilling resiliency and adaptability as core facets of the culture of every client. The quicker we can instill resiliency and adaptability at the culture core, the quicker change adoption can happen throughout the organization. Now for maybe the biggest understatement of 2019: I’ve put a lot of thought into this. So here it is. I’m offering you a chemical engineer’s breakdown of culture change in hopes you may find some glimpse of value. If not value, a bit of entertainment. If not entertainment…thanks for reading anyway?

I led off with a question and I’m not going to make you wait for the answer: Sustained culture change is slow because it only happens by changing beliefs. So what do I mean by changing belief? Where does belief hold place in the business world? It’s taboo to talk about belief in the office, isn’t it? This is an HR ‘no, no’ right? Wrong. Let’s get real: People choose how to act based on belief. It’s human nature. It’s how we’re wired. And that inherit, internal dynamic doesn’t change just because we walk into an office building. Case in point, most of us CHOOSE to walk into that office building every day because we BELIEVE we will be compensated and/or rewarded for doing so. It’s our actions or behavior that ultimately drive culture.

The best way for me to break this down is visually. Shout out to my fellow visual learners out there. Let’s begin at the macro-level then drill down. Please meet Claire the Culture Cloud.

Claire the Culture Cloud: Drives the results of any business, any organization.

Claire’s personality, her style, her demeanor, her values can either drive record-breaking business results and enviable organizational health OR sky-high attrition rates and ultimate obsolescence. But as powerful as Claire is, she is an effect. She can only manifest through organizational belief wheels.

The Organizational Belief Wheel: Macroscopic behavior or ‘the norms’ of any organization driven by commonly held beliefs which subsequently drive macro output/results.

Belief drives behavior which in turn drives output. The output, whether on-track or off-track, then drives any organizational adjustment/reinforcement. As an example, I worked in and out of manufacturing facilities nearly my entire 15 year corporate career. For any offline resource, the norm was early mornings and late evenings. People in the plant were known to work long hours. It was common, strongly-held belief that ‘plant life’ was tough and required long hours. The output or result of that belief was consistent presence of offline resources to support the core operation (troubleshooting, decision-making, etc.) while the watch-out was burnout and exhaustion.

In my experience, the most common downfall of culture change initiatives is either (1) ignoring the role that belief plays in manifesting culture or (2) trying to impact the macro norm behavior directly. This is the reason for the bold red arrow within the image above. Trying to change commonly held beliefs or behavior at the macro level is an uphill battle. Time to drill down to the next level.

Commonly held beliefs only become ‘common’ when a critical mass of the workforce holds the same belief. Which brings us to the core of Claire’s essence: Individual Belief Wheels.

The Individual Belief Wheel: Belief drives behavior which in turn creates consequence. Based on that consequence an individual will make internal adjustments to either uphold the belief or change it.

Let’s revisit the manufacturing example. That norm behavior of working long hours was driven by commonly held beliefs which I felt and experienced first-hand. Within one of my individual belief wheels, I knew the later I arrived into the plant, the more likely it would be negatively viewed by my peers. That was a consequence. Perception. I believed the perception of my work and my dedication to my work would suffer if I didn’t come into the plant early like everyone else. I heard individuals being praised for working 10+ hours or coming in consistently at 6am.

The other element that reinforced the belief was seeing the hours my manager worked. Early mornings and late evenings were role modeled at the Plant Director level. This exemplifies the two ways to influence change within an individual belief wheel (highlighted in blue text within the above diagram): (1) Role model behavior or behavior to be mimicked and (2) consequence. Consequence being some form of reward and recognition, feedback, or appreciation. Through intention and consistency, these can both be leveraged to change individual belief wheels.

Continuing with the manufacturing example, if I began seeing my manager come in consistently later in the morning or if I heard individuals being praised for sticking to a 9hr work day my individual belief wheel would have begun to shift.

I’ve broken down culture into what is truly a complex system of beliefs. You may be asking yourself: So what’s the most efficient way to drive sustainable change in all this mess?! Great question. It MUST start with changing individual belief wheels NOT organizational belief wheels or worst still…the macro organizational norms.

In order to reach the desired indirect effect you must ensure that direct strategies (rewards and recognition systems, feedback, and role modeled behaviors) align with the macroscopic ‘new norm’ and result(s) desired. It’s in Step 1 that a need for change is commonly discovered (eg P&L results off-track, attrition rates climbing, or market share declining). Next as part of Step 2 you must define the new result desired and subsequently the new norm behavior that will drive that result. Then craft the right role model and consequence structure to implement at the individual belief wheel level. Steps 3 and 4 are the effects of this implementation. If they aren’t as intended from Step 1, make the necessary adjustments following the same roadmap.

The biggest contributor of any change adoption timeline is moving from Step 2 to 3. From direct strategy to indirect effect. It’s the time to reach a critical mass of individual belief wheels spinning in unison, successfully funneling into a organizational belief wheel.

This is the key driver of the pace of change. It takes time for individual belief wheels to shift. But the more resilient and adaptable the individuals and the more consistent the direct change strategy, the less time it will take to reach this point of critical mass.

Maybe you’re thinking I’m missing the mark…the pace of change is more so dependent on the communication happening at the macro level. Yes ofcourse you can and should publish mission statements, share ‘the why’ behind shifts in business direction, hold townhalls with beautiful powerpoint decks bulleting out cultural values, but it’s only when these are coupled with intentionality at the individual belief wheel level that the effectiveness and pace of culture change is maximized.

So, what do you believe?

Start A Conversation with Cassandra

Book a Discovery Session with Cassandra